Press enter to begin your search

I strive for continuity and integration of the community with whom I interact.

I was born in Lisbon, in 1965. My family ancestors are routed both in Portugal and Angola. I am married, I have a son and a daughter and I live – after 23 years in Hamburg – in Munich since 2017.

I am a choreographer, dancer, dance teacher, Dance Movement Therapist (MA), Relaxation Therapist (Autogenes Training und Progressive Muscle Relaxation) and I own the Basistraining in Moving Cycle, a Body-Centered Psychotherapie. With experience in Somatic Movement and Developmental Movement Therapy, I have initiated Baby Body Mind Dancing (BaBoMiDa), a new branch of BodyMind Dancing TM. Graduated from the Dynamic Embodiment – Somatic Movement Therapy Training (DE-SMTT) program, in 2019, under the guidance of Martha Eddy. I am pursuing my further professional studies of Healing Psychology (Heilpraktiker).

I have done my internships at the New York-Presbysterian & The Weill Cornell Department of Psychiatry in New York; at the Clinic for Child and Youth Psychiatry, Psychotherapy and Psychosomatics at the Universitätsklinikum Hamburg-Eppendorf; and at the IBL-Institute for Movement and Learning Development. 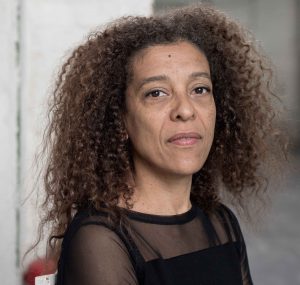 I worked as a Dance Movement Therapist with children from six to fourteen years old, from Ukraine and Belarus, at the Renate Szlovak Stiftung in Soltau, Germany. This institution was initiated to mainly support children from the Chernobyl disaster in 1986, maintaining its goals until today.

Regarding my artistic work from 1995 to 2002, I was a choreographer in residence at Kampnagel Fabrik in Hamburg, and I have created major works that toured national and internationally. From 2003-2005 she produced her solo works, such as ‘Exposure’, and ‘Memory Play’. From 2006 to 2008, she was the director of the DFTHH (Dachverband Freier Theaterschaffender Hamburg e.V.).

In 2005, I initiated the festival DanceKiosk-Hamburg and produced the ‘Kiosk.Company’, the project ‘DanceKiosk. Goes Island’, the dance production ‘Tracing Dance from Addis Ababa to Nairobi and Hamburg’, the dance education project ‘dance beyond borders’ and the project on surviving strategies among the dance scene ‘SURVIVING DANCE – Art – Economy – Politics’.

I was mentioned as “one of the last independent dance activists” in the tanz yearbook of 2011. From 2013-14, I initiated the project ‘The Live Legacy Project: Correspondences between German Contemporary Dance and Judson Dance Theater Movement’, funded by the German TANZFONDS ERBE – An initiative by the German Federal Cultural Foundation.

In 2015, I was part of the project ’The best. The worst. My everything!’ initiated by Irmela Kästner at K3-Tanzplan Hamburg. And my film production ‘The live Legacy Project – film Documentation’ had its premiere at Tanzkongress Hannover, 2016. And I am part of the theater production FAUST by Frank Castorf, at the Volksbünhe Berlin, with a premiere on March 3rd, 2017.

I was invited by the Portuguese cultural department (DGArtes), to be part of the evaluation committee for dance in 2017.

I am working as an independent choreographer and teacher, in Munich, since 2019. Initiated a series of Workshops, which I carried out with the help of the Pädagogisches Institut-Zentrum für kommunales Bildungsmanagement at the Berufsschule zur Berufsintegration. And taught dance/movement for small children at the children’s house of the Munich VHS.

In 2020, I receive a scholarship from the Munich Department of Culture for my solo research ‘Me and My White Skeleton’.

My main goal is to intertwine the artistic expression of dance with the methods of Dance Movement Therapy (DMT) and Somatic Movement aiming towards an embodied physical and emotional expression for each human being regardless of age, cultural background or religion.

My working priorities are, to strive for continuity and integration of the community with whom I interact and to continue to provide exceptional contributions to artists from all art fields and cultural institutions – in dance, theater, music, performance, and visual arts. My choreographic and therapeutic contributions have been on the field of dance creations with migrant, elderly and youth populations both in Europe, Africa and the USA with the vision to empower intercultural relationships, fostering communication among people and peacemaking with a somatic and holistic approach. ​

I hold the MA degree in Dance Movement Therapy (DMT) and the Basic Training of the Moving Cycle, a body-centered psychotherapy.

With experience in Somatic Movement and Developmental Movement Therapy, I have initiated BaBoMiDa, the new branch of Dynamic Embodyment©.

I aim towards an embodied physical and emotional expression for each human being regardless of age, cultural background or religion.